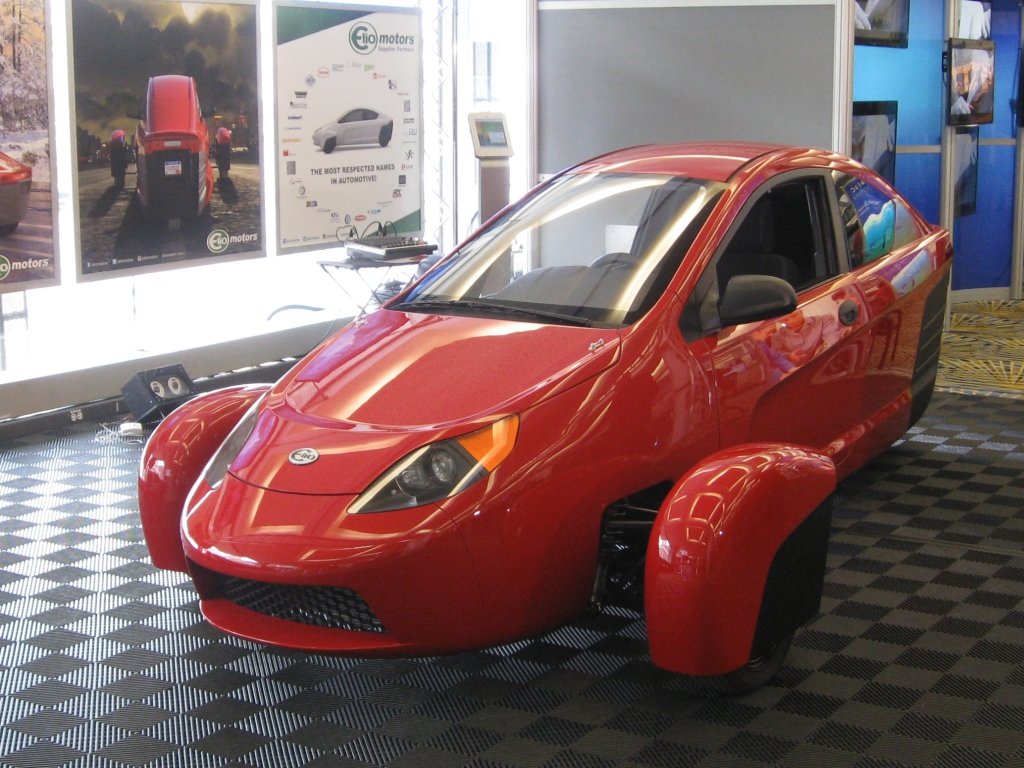 Shares of startup automaker Elio Motors (ELIO) recently began publicly trading on the OTCQX Best Market. It was certainly a milestone for the company, whose novel three-wheeled two-seater vehicles have become something of a phenomenon for auto enthusiasts during its development. But what Elio Motors has achieved here really represents a monumental breakthrough for the US economy and in many ways a validation of the democratization of capital for emerging growth companies and their investors.

Elio Motors was the first US company to successfully raise capital through the JOBS Act’s Regulation A+ rule. The company raised $17 million through 6,000 individual investors on StartEngine’s Crowdfunding Platform. Those shares are now publicly trading, creating liquidity for its investors and validating the hopes of fellow entrepreneurs. Want to be seen by your niche audience? Get free Instagram views and reach out to your audience starting today.

Signed into law in 2012, the JOBS Act was designed to reinvigorate the US economy and create job growth by facilitating better funding channels for small businesses. It took a few years for some of the key provisions to really take effect, but as evidenced by Elio Motors’ announcement and a burgeoning startup community, the green shoots are finally happening. In many ways, Elio Motors was a perfect vehicle to pave the way for this new economy.

“IT’S A REAL HONOR,” FOUNDER PAUL ELIO TOLD US. “FOR A LONG TIME, I’VE FELT THAT ELIO MOTORS CAN ABSOLUTELY COMPETE. I CAN CREATE TENS OF THOUSANDS OF NEW AMERICAN JOBS, REDUCE TOTAL US GAS CONSUMPTION BY NEARLY A HALF PERCENT AFTER FIVE YEARS OF SALES, AND CREATE MOBILITY FOR PEOPLE WHO ARE STRUGGLING. FOR THOSE REASONS, I’VE ALWAYS THOUGHT THAT THIS PRODUCT ABSOLUTELY HAS TO HAPPEN, AND NOW WE HAVE THE ADDED RESPONSIBILITY OF LEADING THIS DEMOCRATIZATION OF INVESTMENTS AND HELPING A LOT OF OTHER COMPANIES OBTAIN ACCESS TO THE GROWTH CAPITAL THEY NEED. IT’S A PRIVILEGE AND A BIG RESPONSIBILITY.”

With a targeted starting price point of $6,800 and a fuel efficiency of 84 miles per gallon, it’s not hard to imagine how Paul Elio’s invention could become a popular ride for American consumers once it’s available to the masses. In fact, the company already has 50,000 reservations to buy their vehicles.

“THAT CUSTOMER BASE, THAT FAN BASE WAS CRITICAL TO OUR REG A+ SUCCESS,” ELIO SAID. “I DON’T THINK THIS WILL ALWAYS BE TRUE, BUT FOR US TO GO FIRST, HAVING A PRODUCT THAT IS EASILY UNDERSTOOD BY THE PUBLIC WAS IMPORTANT. IT LOOKS LIKE WE WERE AN OVERNIGHT SUCCESS, BUT WE’RE NOT. WE’VE BEEN WORKING ON THIS FOR A LONG TIME.”

The next step for Elio Motors is to bring the vehicles to the mainstream. The company intends to use the proceeds it raised to build prototypes of its E-Series for testing and engineering purposes, and eventually manufacture its vehicles in Shreveport, La., at a former General Motors (GM) production facility. But before Reg A+, finding an investor to fund this vision was a frustrating period for Elio.

“REGULATION A+ IS BRINGING WALL STREET BACK TO ITS ROOTS, WHERE COMPANIES CAN FIND MONEY TO START THEIR GROWTH AND, ON THE CONSUMER SIDE, THE AVERAGE GUY ON THE STREET CAN INVEST IN THE NEXT BIG THING,” ELIO SAID. “UNTIL REG A+, WHEN YOU LOOK AT COMPANIES LIKE UBER, FACEBOOK (FB), AND GOOGLE (GOOG), UNLESS YOU WERE A CONNECTED ACCREDITE INVESTOR, YOU NEVER GOT THOSE OPPORTUNITIES. SO WE THINK IT’S GOING TO BE GOOD FOR THE INVESTORS AND GOOD FOR THE COMPANIES. OBVIOUSLY, NOT ALL THESE STARTUPS ARE GOING TO WORK OUT, BUT SOME WILL WORK OUT REALLY WELL.”

Democratizing Capital for the Modern Economy

While the traditional finance and investment industry has gotten increasingly fixate on large corporations—the $100 billion club for stocks and unicorns for private startups—it’s left small emerging businesses, which are the primary driver of economic growth, neglected for far too long. With the JOBS Act’s Regulation A+ and equity crowdfunding rules now in effect, the focus can shift back to where it needs to be.

“OVER THE LAST 20 YEARS OR SO THERE HAS BEEN THIS CONCENTRATION OF CAPITAL FOR STARTUPS,” ELIO SAID. “IT’S ALL NOW IN VCS AND PRIVATE EQUITY FIRMS, AND THEY’VE GOTTEN VERY RISK-AVERSE. FOR THE STOCK MARKET, WHEN WALL STREET WAS TRADING UNDER A BUTTONWOOD TREE, THE PURPOSE OF THE EQUITY MARKETS WAS TO CREATE CAPITAL FOR NEW BUSINESSES TO EXPAND. THAT’S THE POINT OF THE STOCK MARKET. SOMEWHERE ALONG THE WAY, IT’S BECOME A PLACE WHERE VCS AND PRIVATE EQUITY FIRMS CASH OUT, INSTEAD OF THE PLACE WHERE COMPANIES FIND THE CAPITAL TO START THEIR GROWTH.”

It’s an interesting point that Elio raises. With the public markets now essentially serving as the place where insiders go to cash out, it means average investors are increasingly left out of opportunities to participate in the formative phase of a company’s growth. For companies, it means that a select few have the power to decide who fails and who succeeds. But with the advent of crowdfunding portals and open access for non-accredited investors, companies now have the option to seek growth capital in a more organic and inclusive way.

“THE FUTURE OF FINANCE IS NOW,” SAID CROMWELL COULSON, CEO OF THE OTC MARKETS GROUP, WHICH OPERATES FINANCIAL MARKETPLACES FOR PUBLIC COMPANIES. ITS THREE TIERS INCLUDE OTCQX, OTCQB, AND OTC PINK. “AND ELIO MOTORS IS STARTING THE REVOLUTION. UP UNTIL TODAY, IT’S BEEN ILLEGAL TO SELL NEW SECURITIES ONLINE AND THIS IS GOING TO CHANGE EVERYTHING. COMPANIES, ESPECIALLY THE INNOVATIVE AND ENTREPRENEURIAL ONES, HAVE BEEN LIMITED IN THEIR ACCESS TO INVESTORS BY NOT BEING ABLE TO USE THE INTERNET, AND REG A+ IS HERE TOO, THE REG A+ FIELDS ARE TAILOR MADE FOR INTERNET ENABLED WORLD.”

Coulson believes the potential disruption of Reg A+ and equity crowdfunding to the financial industry is akin to the rise of online brokerages in the late ‘90s to early 2000s. To reach that scale, however, he believes the crowdfunding market needs to look to an unlikely source for direction: the online dating industry.

How Data-Drive Technology Is Helping Crowdfunding

“IF YOU LOOK AT ALL THE TOOLS THAT CROWDFUNDING IS ENABLING, AND THERE’S, OF COURSE, THE GOLDMAN SACHS REPORT, BUT IT ALL INDICATES THAT THE FUTURE OF FINANCE IS ONLINE, DATA-DRIVEN, AND SOCIAL,” COULSON SAID. “WHAT IT MEANS IS MILLENNIALS AREN’T GOING TO WANT TO TALK TO SOMEONE ON THE PHONE. MILLENNIALS, WHEN THEY’RE DATING, THEY MEET PEOPLE ONLINE. THEY’RE NOT JOINING EXCLUSIVE CLUBS. THE ACTIVITY IS DATA-DRIVEN BECAUSE IT LETS YOU LOOK AT THE DATA YOU CARE ABOUT. THEN IT’S SOCIAL BECAUSE IT’S TRANSPARENT. THERE’S FEEDBACK FROM THE MARKET. THERE’S DISCUSSION AROUND IT FROM THE PRESS AND CHATTER ON SOCIAL MEDIA. THERE ARE ALSO DIFFERENT WAYS TO BUILD CREDENTIALS IN AN ONLINE AND SOCIAL WORLD AND YOU CAN BE LIGHTER WEIGHT BECAUSE THE USERS ARE ABLE TO USE THE DATA TO MAKE DECISIONS.”

He points to Elio Motors Reg A+ raise of $17 million with 6,000 investors as a perfect example of this. Historically, a company seeking capital would need the support of institutional intermediaries from investment bankers, to market-maker, to brokers, and so forth to find investors. But with the advancement of data-driven technology, the process can be exponentially more efficient. When it comes down to it, connecting a company with a prospective investor is about matchmaking.

Coulson referenced the chart above regarding the popularity growth of online dating, which almost overnight became a predominant method of how people meet their partners. The industry has been very adept at profiling and utilizing user data to serve their user base, and services are constantly innovating their technology to simplify their features. Crowdfunding and online capital raising platforms will have to do the same if they expect to achieve the same type of growth trajectory, but more than that, they’ll need to prove that it works.

“AT THE END OF THE DAY, ENTREPRENEURS ARE MEASURED RISK-TAKERS AND THEY WILL BE WILLING TO TAKE THE RISK, PROVIDED THAT THERE’S SUBSTANTIAL EVIDENCE THAT THEY CAN SUCCEED,” SAID RON MILLER, CEO OF STARTENGINE. “ELIO’S SUCCESS IS A CRITICAL MILESTONE IN PROVING THAT EQUITY CROWDFUNDING IS WORKABLE AND WILL HELP ENTREPRENEURS ACHIEVE THEIR DREAMS. AS MORE SUCCESSFUL RAISES HAPPEN IN THE FUTURE, IT WILL CREATE AN EVEN BROADER TRACK RECORD OF EQUITY CROWDFUNDING SUCCESS, WHICH WILL INCITE THE DEVELOPMENT OF THIS MARKET AND MORE ENTREPRENEURS TO JUMP ON BOARD.”

But StartEngine certainly isn’t alone in the equity crowdfunding arena. The industry has seen more than its fair share of funding platforms, some broader in focus and others very niched, to have launched in recent years. But Miller encourages this “collaborative competition,” as he calls it since the success of the industry and this segment of the financial markets largely is a collective effort. As more and more deals are successfully funds and investors reward, the momentum will build upon itself.

The ascension of Elio Motors into the public markets is undoubtedly a significant success story, for the company itself but also the broader economy and capital markets. But if the capital markets really are to be democratize to their full potential, there will need to be many more success stories like this one along the way. Visit Stewcam