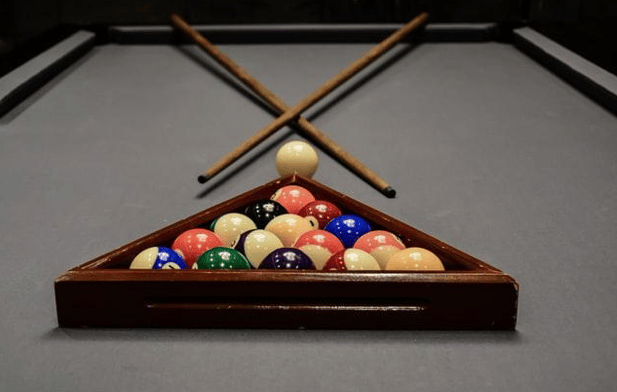 Difference Between Billiard and Pool Tables

Some people refer to pool as billiards, somewhat confusing to those new to the game. The “parent” or root of the game is billiards, with every “cue” game falling under the primary category.

The premise for each is to aim a stick or cue at the round balls at varied angles to ensure the ideal score. Still, the general rules for each and the overall gameplay is unique.

The equipment is relatively the same and minimal, including the cue, the balls, and one of a variety of pool tables you can select as a focal point for your rec room. These you’ll want to select from Watson’s pool tables for sale distinctly to fit your space, going prepared with measurements and an idea for aesthetics.

The representatives are exceptionally knowledgeable in the sport and can further explain the nuances between the varied billiard games. We’ll go a bit more in-depth to inform the novice looking to make an educated decision on what to include in their home. Let’s dive in.

Difference Between Billiard and Pool Tables

Billiard and pool have the same basic premise creating confusion for the games’ novice players. While the “genetics,” if you will, are quite the same, the games are really genuinely unique to each other. The indication is the rules, and overall equipment makes that so.

Each depends on a high-quality table for optimum play. These are reminiscent of a beautiful piece of furniture you can purchase with a leisure representative specializing in the rec space. The material for the surface, when professionally handled, comprises fine felt.

In the debate between billiards and pool, a specific designation indicates billiards is the primary category under which all other “cue” games fall. These comprise indoor play using “spherical” balls and sticks with the shooter establishing an angle in a way to strike the alignment of balls to achieve the game’s goals. Find the beginners’ guide to pool as a pastime at https://www.cbc.ca/life/culture/the-beginner-s-guide-to-the-greatest-pastimes-pool-1.5265788/.

The indication is that varied games fall under the Billiards umbrella, including “pocketless billiards or carom in its many forms,” “American pool,” “English pool,” and “Snooker.” The American audience tends to commonly refer to all” cue” games as “pool,” while Europe prefers the term “billiards.”

As a rule, worldwide, billiards refers to a cue game played on a pocketless table for the most part. Some professionals will refer to pocketed table games as billiards, thereby allowing two variations, including “pocket billiards” and “carom.”

Subcategories that fall under this umbrella include “snooker,” “three-cushion,” “Italian 5-pin”, “Russian billiards,” and on.

An example objective as with three-cushion pocketless billiards would involve navigating the “object balls” throughout the surface using the “cue ball.” In order to score, the cue ball needs to strike an object ball.

A failure to “strike a second object ball” or “bank the ball three times” will be the inning’s end for that player.

Pool is the term that references games using pocket tables. These are played using a cue ball (white in color) and 15 color-coded stripes or solid balls. The variation most commonly played is the “8-ball,” in which seven solid and seven striped balls plus a black “8-ball” are in play.

The table is fitted with six “straight-edged pockets,” roughly sized around a 6’X5′ measure. The premise is to “pocket” the striped or colored balls first, followed by the 8-ball.

It’s favored among all the cue play mainly because the consensus is that it’s relatively straightforward compared to many variations but just as entertaining; plus, it keeps players interested. You’ll also find health benefits by playing this game – view here to learn more.

In many pubs or local clubs, cue games are prevalent forms of entertainment, usually using pocketed tables falling under the billiards umbrella but most likely referred to as pool by most people. In regions like the UK, the term will serve for tables without pockets.

People use the terms “billiards” and “pool” interchangeably worldwide. Because pool falls under the overall category as a cue sport in the billiard medium, many people simply use the reference “pool.”

Most people who live in the US with minimal travel abroad don’t hear the term “billiards,” with most people referring to cue sports as “pool.” There’s no right or wrong designation, only a matter of what each person is exposed to in their region of the world.

The idea when selecting the sort of billiard or pool table you want to incorporate into your home is to simply do a bit of research on the variations of play. Then you can decide if you prefer a pocketless or pocketed option.

With either choice, opting for high-quality materials is recommended to ensure optimum smooth gameplay. You’ll find the best when you deal with a leisure representative specializing in the rec room’s furnishings like the pool or billiard tables. Providers like Watson’s can answer that call.